America has many towns and cities with the very same name, often leading to confusion. However, people will learn what genuine bewilderment means once they discover that there isn’t only one place bearing the name of Hollywood. In reality, there are thirty places called Hollywood, situated in six countries worldwide. At the same time, 24 of these are located in the United States.

Suppose you wish to explore your chances of moving into one of the cities named Hollywood. Then contact expert local real estate agents in Hollywood, Florida! Or, if you wish to move to the fascinating neighborhood of Tinseltown, get in touch with top-tier realtors in Hollywood CA! Realtors can give you a quick and accurate update on the listings available in the regional housing market.

Hollywood, CA, seen as the land of all possibilities

For many, Hollywood became synonymous with Tinseltown, a fancy Los Angeles neighborhood famous for its glamor and luxury. Careers can be made or ruined overnight. It’s indisputable that Hollywood is the ultimate destination every rookie and established filmmaker and actor aspires for. For this reason, the place encapsulates the American Dream perfectly.

The local economy and real estate market are booming, albeit featuring properties available at inflated prices. As of May 2022, homes in Hollywood, CA, sell for approximately $700,000, based on Redfin statistics.

Discover Hollywood, FL, “the Diamond of the Gold Coast!”

Hollywood, this classic beach town, is a hidden gem in South Florida, curled up between Miami and Fort Lauderdale. Each year, more are drawn to this splendid resort, so it deservedly qualifies as a must-see tourist destination in the Sunshine State.

You may wonder whether the Golden Coast Diamond suffers from an identity crisis because of its name. However, we can assure you that Hollywood, FL, refuses to live in its big brother’s shadow. Due to its rising popularity, the place proudly assumed its own identity. Besides, it developed to such an extent that it turned into one of the best cities to live in Florida. In addition, Hollywood became a success story in the South Florida housing market.

Is it worth buying real estate in Hollywood, Florida?

Real estate market trends in Hollywood are on the rise! Analysts pointed out that the region’s median home sale prices grew spectacularly. Still, they are more affordable than properties listed in Hollywood, California. In short, investing in real estate in this fabulous resort town is the best choice.

Out-of-town homebuyers start to discover and appreciate the chillout atmosphere in the area. As of May 2022, the median home sale price in Hollywood, FL, was around $450,000. Local realtors reported a 32 percent increase in prices compared to last year.

Hollywood property sells after approximately 42 days on the market, an improvement over last year’s 68 days. In most cases, real estate sells for the list price. Considering the big picture, we can declare that the Hollywood housing market conceals lots of investment potential and is undoubtedly competitive.

Suppose you enjoy the ocean, pristine beaches, and a summer that lasts virtually all year. Tinseltown can’t top this offer! Did you know that Hollywood, FL, was awarded the Blue Beach award for America’s safest, cleanest, and most client-oriented beaches? And, once you consider the super affordable real estate in town, moving to Hollywood, FL, should be a no-brainer!

Mind-bending trivia on the Dream City of Florida

Hollywood is a city located in Southeast Florida in Broward County. The fantastic and always sunny city has a total area of 30.78 square miles. In 2022, it counted approximately 156,000 permanent inhabitants. As a result, Hollywood has become the 12th largest city in Florida.

Yet, the number of new residents is increasing, and the place boasts a massive influx of tourists monthly. Moreover, the streets are regularly filled with keen travelers and joyous spring breakers. For this reason, it isn’t easy to pin down the exact population. In this sense, Hollywood can easily take up the mantle against its Californian brother.

Joseph Young, a Californian investor, founded Hollywood in 1925 and called it “the Dream City of Florida.” The town’s development gained momentum mainly in the 1960s and 70s. It’s still debatable whether the founding father intended to create his own east-coast La La Land, or the naming was just a coincidence.

By 2022, it hadn’t only blossomed into a top beach town in the country, but it became the principal city in the Miami Metropolitan Area and an integral part of the Greater Fort Lauderdale region as well. In this perspective, Hollywood, FL, enjoys all the financial perks granted by the immediate vicinity of Fort Lauderdale and Miami.

On the other hand, Hollywood, CA, was founded in 1853, so regarding history, Tinseltown goes back more in time. The truth is, though, its popularity went through the roof only around the turn of the century.

What started as a traditional agricultural and farming community soon became the undeniable capital of the filmmaking industry. In addition, Hollywood is an elite neighborhood in downtown the City of Angels, with around 146,000 residents in 2022. However, the parent city, Los Angeles, boasts almost four million.

How do the two cities perform regarding food and cuisine?

Knowing the fitness mania dominating Hollywood, CA, it shouldn’t be a surprise that food in the filmmakers’ mecca doesn’t come cheap. Yet, it’s high-quality, healthy, and rich in fibers, vitamins, and proteins. Celebrities must always stay alert about their regimen to stay in good physical shape. Suppose you wish to explore some trendy restaurants in Hollywood, CA, to taste the ‘breakfast of champions.’ In that case, we suggest you give The Hungry Cat, Musso & Frank Grill, Desert Rose, and Norah a chance!

On the other hand, you’ll find all sorts of food on the menu in Hollywood, FL, such as diners, pubs, bistros and more. Why don’t you explore local specialties, such as seafood peppered with Cuban flavors? Though the Dream City of Florida features countless top restaurants, we advise you to check Blue Marlin Fish House, Jaxson’s Ice Cream Parlor., The Tipsy Boar and GG’s Waterfront!

Both cities feature pros and cons depending on your intentions. Nevertheless, both qualify as the perfect destinations for recharging your batteries as they provide visitors with first-class entertainment and customer-friendly service. If you call yourself a movie buff, we recommend you visit Tinseltown! Check out legendary venues such as The Hollywood Museum, Sunset Boulevard, the Hollywood Walk of Fame, and the Chinese Theater!

However, Hollywood, Florida, has some mind-blowing must-see places as well. The Beach and the Hollywood Beach Boardwalk will take your breath away, for starters! Discover the Anne Kolb Nature Center, ArtsPark at Young Circle, and Charnow Park for fun and family-friendly adventures!

Suppose you plan on changing your residence. In that case, we advise you to move to the more cost-effective Florida city where homes and the cost of living, in general, are less pricier than in California. 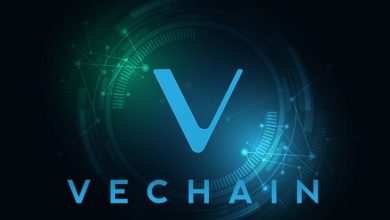 How To Know About Vechain Price Prediction?

Best tips to validate your business ideas – Figure out Success 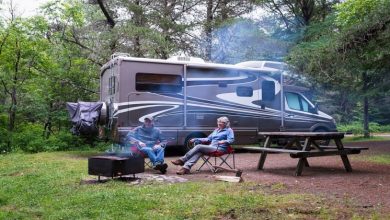 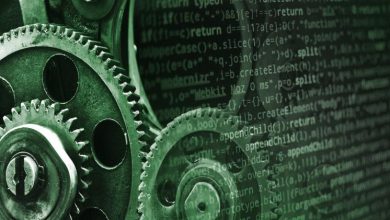